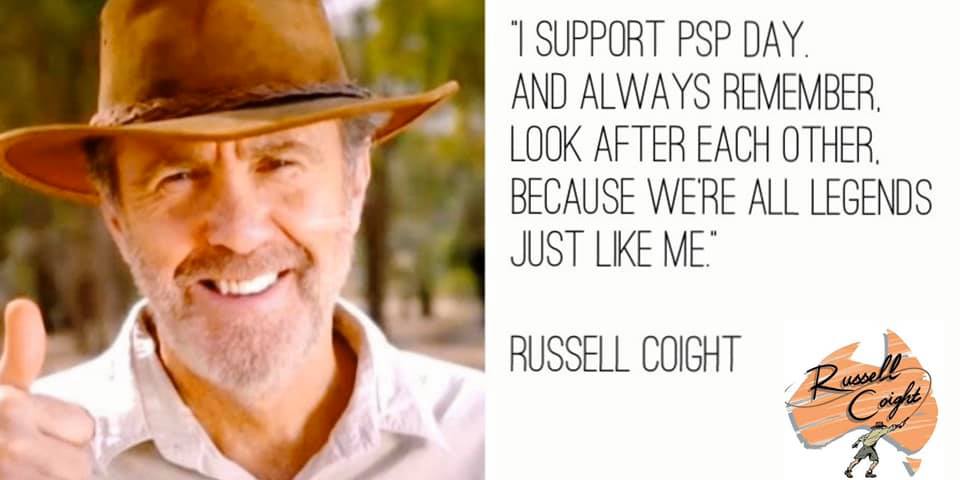 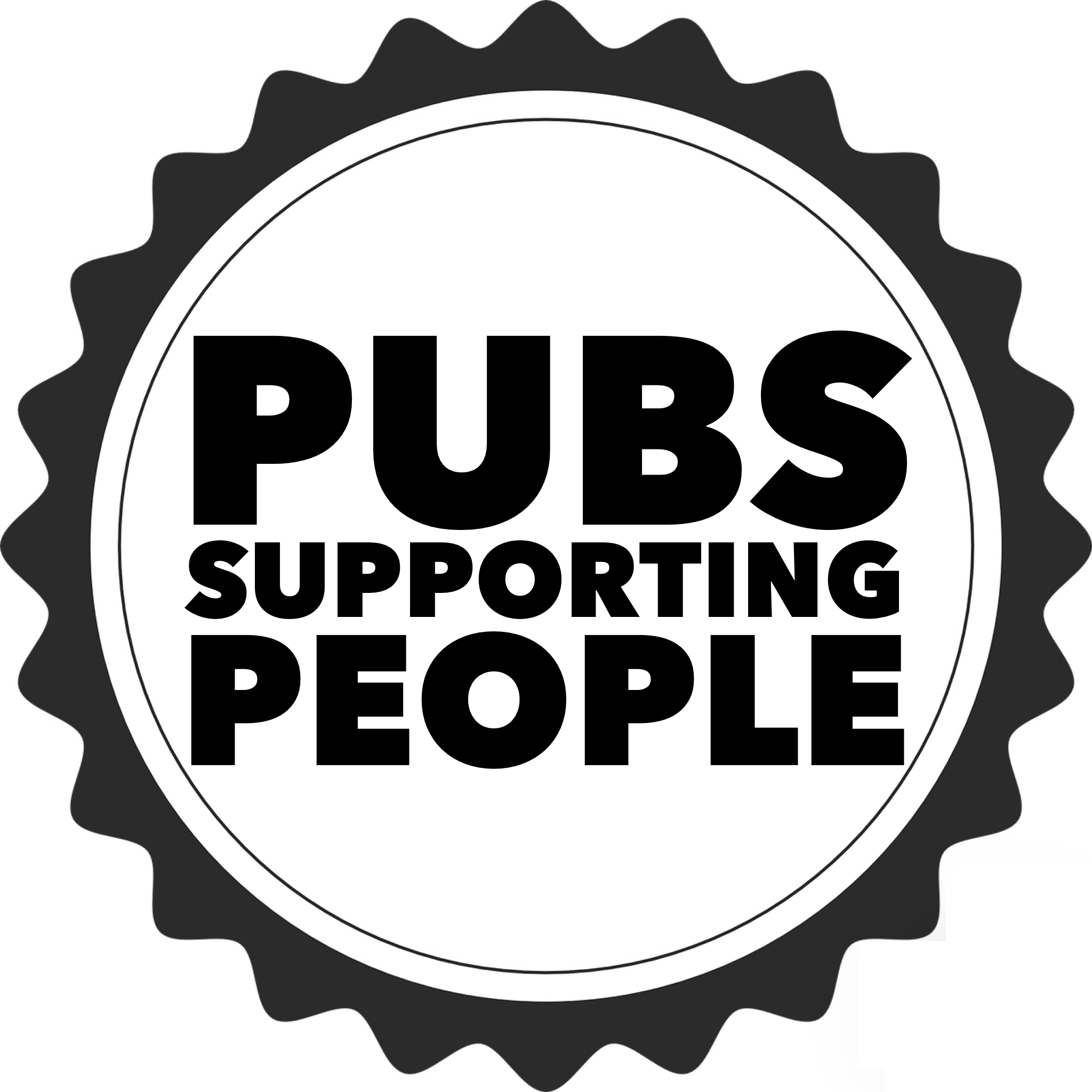 Are you a publican who is inclusive of the community and keen to promote mental health awareness, and more importantly solutions, for those experiencing tough times, in your pub?

If that's a "yes", then the team behind Great Aussie Pubs want to hear from you... 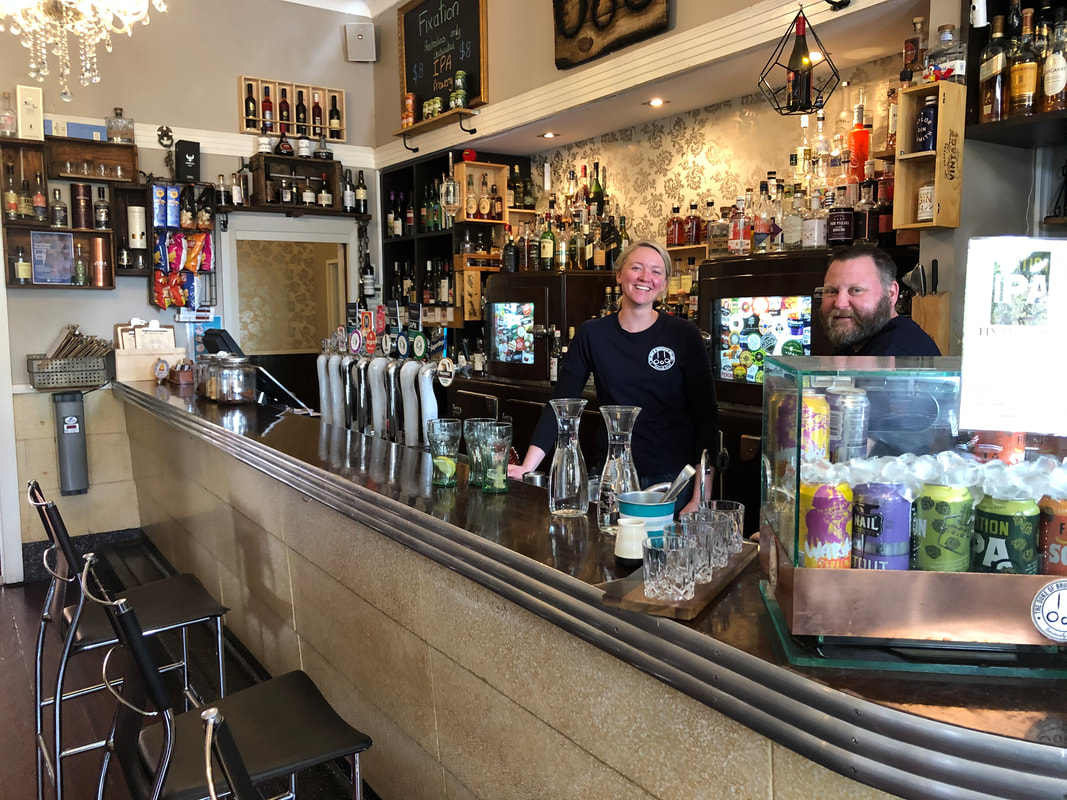 If you frequent a local pub doing great things then you can also nominate them for a PSP Day event below.

$180 was raised for The Just Listening Community and Breakthrough Mental Health Research Foundation from the first two Pubs Supporting People Days in early 2021.

The pubs involved were the Old Bush Inn, Willunga, SA and The Tumba Hotel, Tumbarumba, NSW. 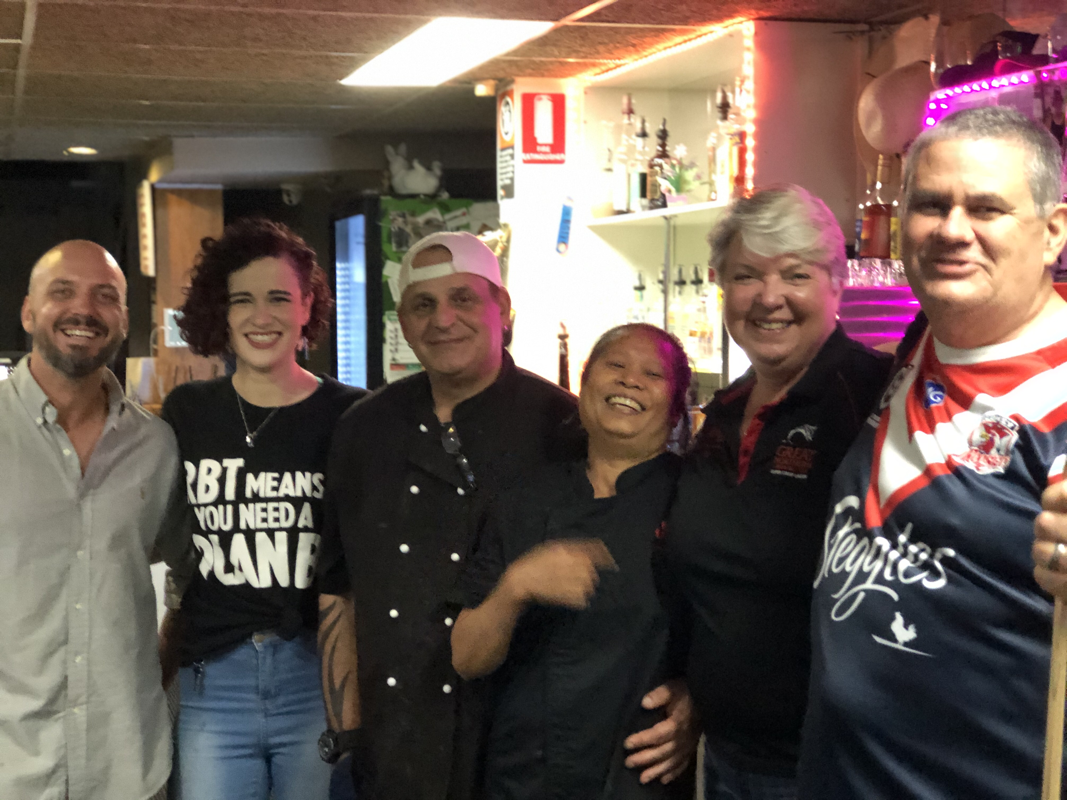 *75% of those who take their own life are male.

*Over 65,000 Australians make a suicide attempt each year.

*Suicide is the leading cause of death for Australians between the ages of 15 and 44.

*People in rural populations are 2 times more likely to die by suicide.

26% increase in calls to Alcohol and Drug information Service in July compared to 2019.

The Pubs Supporting People Long Table Lunch is an initiative of 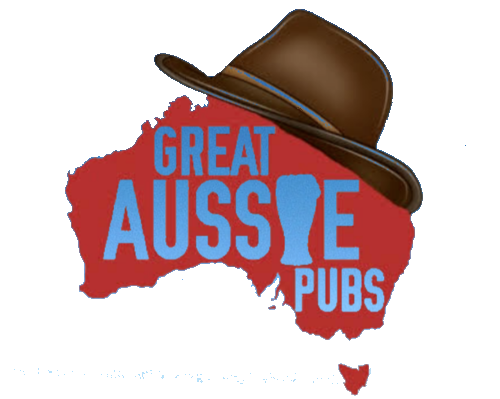 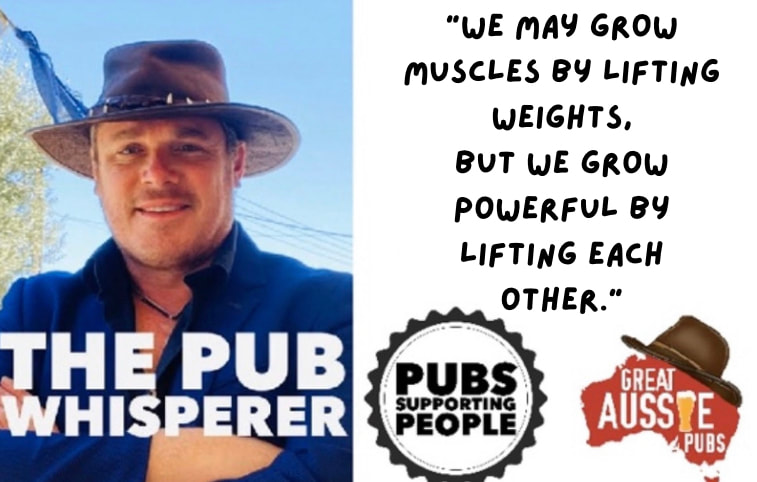 Download a free copy from greataussiepubs.com.au and save a copy of the Suicide Prevention Checklist below. 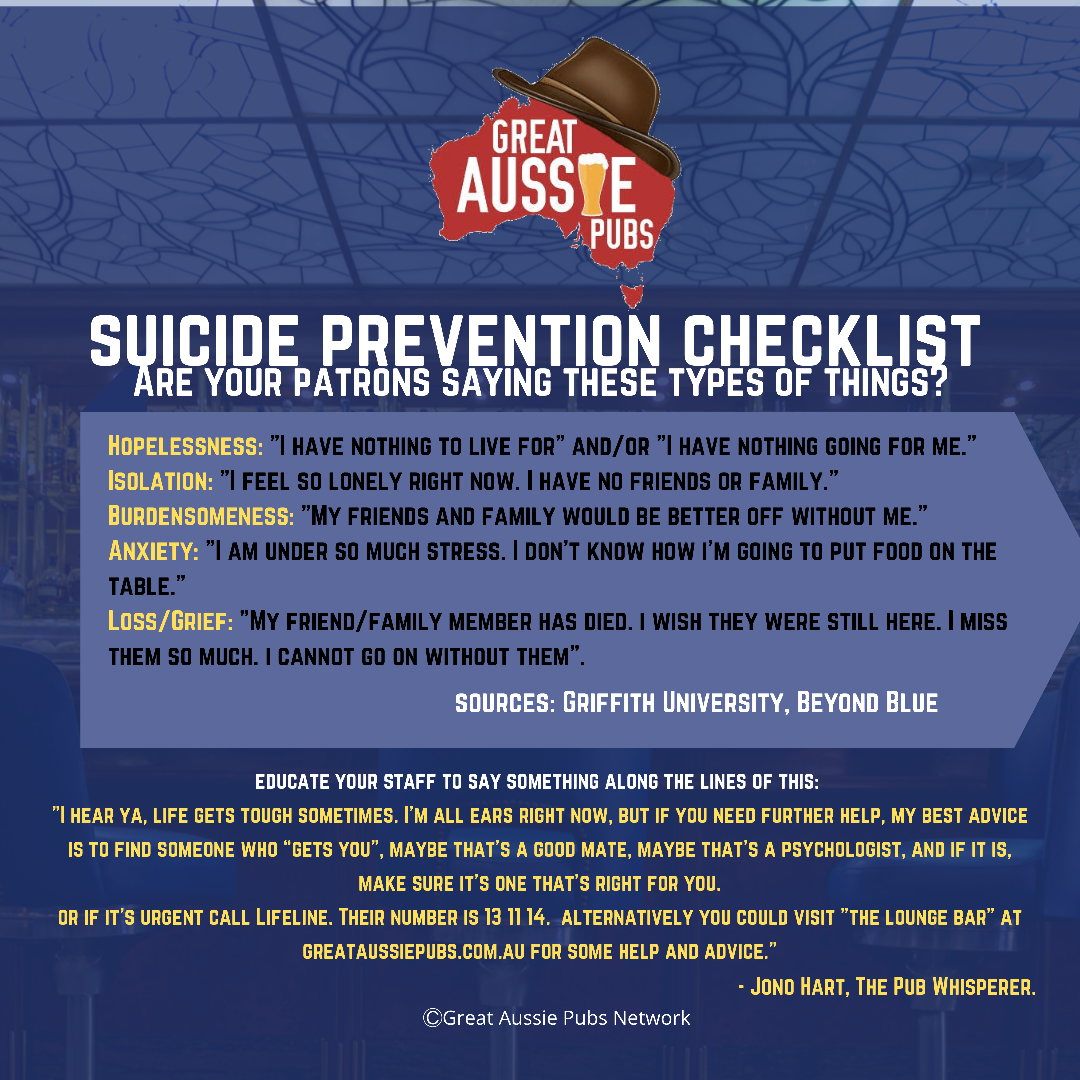 For media inquiries contact Jonathan at thepubwhisperer@gmail.com or on 0447 128 148.